A failure to protect rights and deliver justice

If equity and justice are not integrated into the COP process, they will not be delivered in its outcome. It is unsurprising then that the “most exclusive COP ever” populated with over 500 fossil fuel lobbyists (including Ireland’s) – larger than any national delegation, amidst a global vaccine apartheid, and staggering accommodation costs in Glasgow (some landlords charged £36,000 for apartment rentals for the fortnight)[1] that those most impacted by the climate crisis were further pushed to the margins.

“Lessons must be taken from COP26 at the national level. We must ensure that the voices of those most impacted by climate change and climate action in Ireland are prioritised in the transition to a completely decarbonised economy and society.”

Whose voices count in determining the pace of a Just Transition?

Incremental progress at this point is unacceptable. Current commitments have us on track for a deadly increase in global temperature of 2.7°C. The barometer for “ambition” should not be weighed against previous UNFCCC texts, but science and equity. This is not a problem that will impact our children and grandchildren – its impacts are being felt right now. Without urgent action to maintain global temperature increase below 1.5°C, significant threats will be posed to the enjoyment of human rights by all.

It is welcome that Ireland has joined efforts to move beyond oil and gas, but greater action – and urgency – is required. We must prevent the development of oil and gas wells from existing exploration licenses and legislate to ban the development of liquefied natural gas terminals and the importation of fracked gas. We must substantially reduce overall energy demand to ensure that the transition to a decarbonised economy and society does not create human rights violations through the extraction of minerals.[2]

“We must acknowledge that a target of climate neutrality, or net-zero, by 2050 “at the latest” will not reduce global temperatures. Winning slowly is the same as losing. The latest Intergovernmental Panel for Climate Change report – which the Irish Government has expressly endorsed – is clear: in order to remain below a 1.5°C temperature threshold in accordance with the Paris Agreement, cumulative emissions must be reduced “within a carbon budget.” This requires rapid and sustained reductions in emissions – starting now – not “climate neutrality” thirty years from now. The Annex of Actions to accompany the Climate Action Plan 2021 must therefore be published as a matter of urgency. In addition, the proposed carbon budget for 2030 must be adopted as soon as possible to ensure 51% reductions in emissions are delivered in line with Ireland’s legal obligations.”

It is unacceptable that the Glasgow Climate Pact provides no funding facility to address loss and damage. Further dialogue is not enough. Communities on the frontlines of this crisis – who have contributed least to the problem – are going underwater, both physically and financially. Support for mitigation and adaptation is not enough – some losses will be irreversible, and as this is a global crisis, the solution must too be global. We have seen throughout the pandemic what is possible in terms of States’ financial levers when an issue is treated as a genuine emergency.

Carbon markets will not deliver justice

Carbon markets fatally undermine the objective of the Paris Agreement to maintain global temperature increase to 1.5°C. There is no evidence that offsets work, and large polluters should not be granted rights to commodify nature while delaying reductions in emissions. For instance, offsetting the emissions of Shell alone would require a land mass three times the size of the Netherlands.[3]

The movement for climate justice is only growing in strength

“We are thankful to the grassroots activists that were present at COP26 to ensure this outcome wasn’t worse. The unity and mobilization that was displayed at COP26 ensured that the voices and demands of those most impacted were heard. As Greta Thunberg says, we don’t need to look for hope – we create it. Our fight for climate and environmental justice continues.”

About Community Law & Mediation and the Centre for Environmental Justice

Community Law & Mediation (CLM) is a community law centre and charity, established in Coolock in 1975. It assists more than 4,000 people each year in communities experiencing disadvantage, through free legal advice, advocacy, mediation and community education services.

CLM’s Centre for Environmental Justice opened in February 2021. It is the first of its kind in Ireland and its objective is to empower communities experiencing disadvantage on environmental justice issues and to advance legislative and policy change through –

An insightful article by Alex McMaster on the impact of the climate crisis on communities experiencing disadvantage in Ireland, with perspectives from our CEO Rose Wall, Sean MacCabe of TASC and Jennifer Whitmore TD.

Read the article in full here. 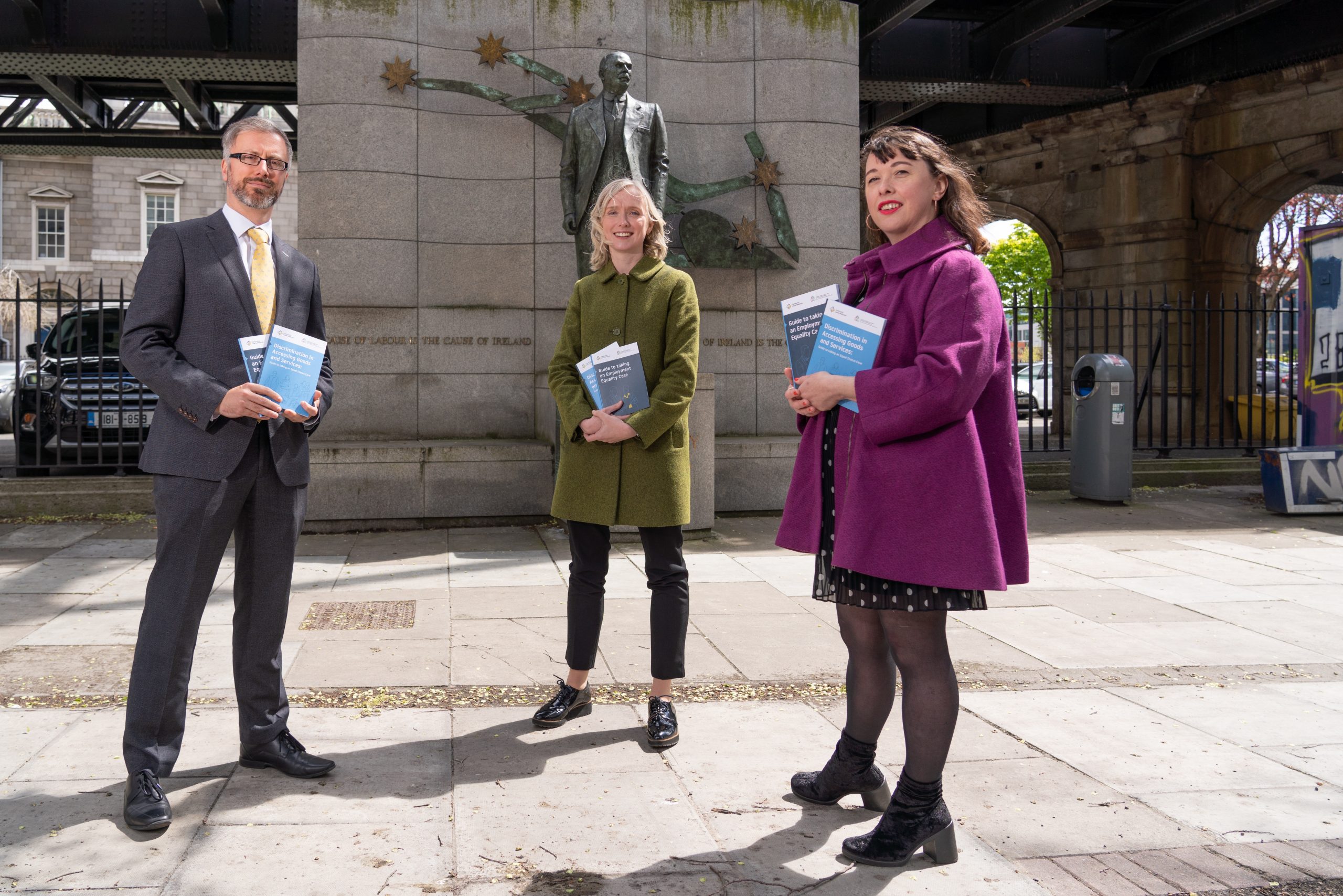 On Wednesday 5th May 2021, we launched two new guides to taking Employment Equality and Equal Status cases. We were delighted to be joined by Roderic O`Gorman TD, Minister for Children, Equality, Disability, Integration and Youth and a panel of speakers including Suzy Byrne of the National Advocacy Service; Reuben Hambakachere of Cultur Migrants Centre; Eileen Flynn, Senator and activist on behalf of members of the Traveller community; and Jane O`Sullivan, Managing Solicitor at CLM, specialising in Employment & Equality law.

If you missed it, you can watch the event back here! or access the guides here