Who We Are → About CLM

To provide people in our communities with expert legal, mediation, and education services they would not otherwise have access to and in doing so, to address underlying issues of injustice and exclusion while working for real change.

Our Annual Reports and Audited Accounts can be viewed here.

Our Strategic Plan 2019-2023 sets three objectives which will enable the organisation to fulfil its mission:

You can read our Strategic Plan in full here.

The purpose of Coolock Community Law Centre, when it was first established in 1975, was to serve as a prototype of the American Neighbourhood Law Centre model that could underpin a Civil Legal Aid Scheme and be rolled out across the country. It operated on a model which combined both a service-based and strategic approach by providing legal information, advice and representation, while also campaigning for law reform.

Over the years, the organisation expanded and in 2003, the name of the organisation changed to Northside Community Law Centre to reflect the increase in catchment area from the Coolock neighbourhood to the two electoral constituencies of Dublin North Central and Dublin North East. This expansion continued with the establishment of the Mediation Service, Mediation Northside, in 2004 and following a community consultation process, the first Community Law Centre outside Dublin, Limerick Community Law and Mediation Centre, in 2012.

With this expansion of services, the community CLM serves grew beyond the original catchment area of Coolock and now includes anyone who, because of economic, social or other disadvantage, is unable to access legal advice, representation or mediation services.

In 2014, the organisation’s name changed to Community Law & Mediation to reflect where we have come to in our 45 year journey, both in terms of the type of services we provide and also the wider group of people and organisations we provide them to. 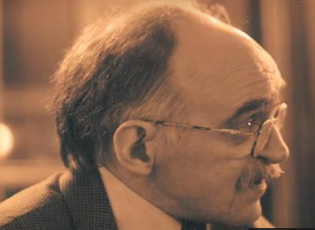 Solicitor and community activist Dave Ellis played a fundamental role in the work of Community Law & Mediation between 1977 and 1998, and in the development of the community law movement in Ireland.

Having qualified as a solicitor in 1974, Dave worked for a community law centre in Harlesden, London, before returning to Dublin in 1977 to join Community Law & Mediation (then Coolock Community Law Centre) as the community law officer. Over the course of 20 years, he and his colleagues brought the law centre through many funding crises and campaigned on behalf of the community on issues such as family law – working with the victims of domestic violence – divorce, the position of lone parents, debt, employment, homelessness, housing, and access to social welfare.

During this period, the law centre represented the families of the Stardust victims; and took important test cases, such as McConnell vs the Eastern Health Board (1981) and The State (Hoolahan) vs Minister for Social Welfare (1986), which set precedents for future cases. Dave also wrote reports on the operation of the social welfare appeals system and on civil legal aid. A committed community activist, Dave established strong links with the community in Coolock and was dedicated to achieving access to justice for all, including making the law and the legal system accessible through community education, Know Your Rights talks and information.

Dave’s commitment to social justice continues to inspire the work we do at Community Law & Mediation. We now help more than 3,000 annually through our range of services, which include free legal advice and representation; information and education; and mediation and conflict coaching. We continue to campaign for law reform, and for the safeguarding of rights already enshrined in law, in areas such as education, housing, disability rights, social protection, employment and equality.